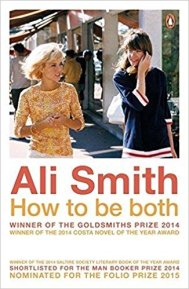 Sundays were slow days when I was growing up.  The shops were shut, and there were no computers, no internet, no dvds, and no on-demand tv. When the weather was good we played outside and when it was wet there were books, cards, dominoes, chess, draughts, jigsaws, a family games compendium and, when nothing else would do, pens and paper torn from my mum’s notepad for playing Consequences.

If you’ve never played it, Consequences is a story game. Each player invents a narrative that conforms to an agreed structure. It has different variations but the way we used to play it was [boy] and [girl] met [somewhere].  He said [something].  She said [something]. Then [something happened]. The consequence was [something].  Each player writes as far as the first unknown [….], folds the paper just enough to hide the writing, then passes it to the player on their left, and so on, until the story is finished, at which point everyone unfolds the paper they’re holding and takes turns to read out the ‘mixed up’ stories.  The results are sometimes funny ha-ha, sometimes funny peculiar, but almost always wildly surreal.

You might end up with, say, Francesco del Cossa, a 15th century Italian painter, meeting Georgina, a 21st century teenager trying to make sense of her mother’s death, sitting on a wall.  He said…. But this strange narrative juxtaposition isn’t the result of a game of Consequences; it’s the plot of Ali Smith’s How to Be Both.

I might as well say up front that I’m not universally keen on the let’s-stick-different-stories-together type of novel.  The crucial ‘link’ can be so obvious that the ‘reveal’ is a bit of a damp squib (Maggie O’Farrell’s The Hand That First Held Mine, Danny Scheinmann’s Random Acts of Heroic Love), or so tenuous that you feel you’re reading novellas spliced together (David Mitchell’s Cloud Atlas). On the other hand there are books of this ilk that I’ve enjoyed very much (Irvine Welsh’s brilliant Maribou Stork Nightmares, Catherine O’Flynn’s What Was Lost), and since How To Be Both won four literary prizes, including the Costa Novel of the Year Award in 2014, and was also shortlisted for the Man Booker Prize the same year, I decided to give it a go.

It works. For a start the link between the painter and the girl is made clear from the off, so you’re freed from the distraction of playing guess-the-connection. Not long before she died, Georgina’s mother took her to Italy to see the little-known painter’s work. After her mother’s sudden death Georgina tries to find more about the painter. She begins skipping school twice a week to go to a gallery and sit in front of the one painting of his that she’s managed to track down.

And Francesco’s story unfolds after he bursts into Georgina’s world, shadowing her (though she can’t see him and neither can anyone else). There’s humour too, as when Francesco takes mobile phones and tablets to be ‘votives’ and everyone talking into them to be praying.  And the art-work is beautifully and attentively described from both sides of the coin, viewer and creator.

Does the link stand up to the ‘tenuous’ test?  Possibly not, but that doesn’t seem to matter. In the end it works because both stories are wittily intertwined and equally engaging.

Just goes to show that ‘rules’ on likes and dislikes are largely meaningless.  Now, who’s for a game of Consequences?

One thought on “How To Be Both by Ali Smith”