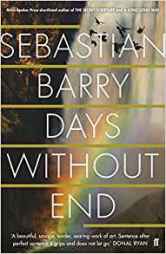 My Dad was a big fan of Westerns.  I grew up watching The High Chaparral and A Man Called Horse; by the time I was five I was hooked. I named a teddy bear Blue Boy (after the character Billy Blue Cannon in The High Chaparral) and wrote a letter to Santa promising to be good in return for a cow girl outfit complete with toy guns and a holster.

At some stage I changed allegiance and it was the Native American ‘Indians’ that interested me most.  The names of the tribes were beautifully exotic: Apache, Comanche, Cherokee, Sioux, Arapaho, Navaho, Pawnee; I went to my school end-of-year fancy dress party as a squaw in an outfit I’d made myself from old, brown curtains, wielding a hardboard hatchet with silver-painted ‘blade’ made by my dad.

The TV series Centennial became an obsession.  (Based on the novel by James A Mitchner it traces the history of a fictional eastern Colorado town.)  Actually it was the story of the French fur trapper Pasquinel and his family that I fixed on, with his two wives, one white, one Arapaho, and three children, his daughter by his white wife, his sons, Jacques and Marcel, by his native wife. Long before I’d heard of fan-fiction I’d cast myself as the boys’ younger sister and was on horseback alongside them, creating all kinds of alternative scenarios, even making it to St Louis and befriending my white half-sister Lisette.

The world I was desperate to dream myself into was bloody and brutal, but in the ‘real’ world I was a teenager, head-full of romance, and everything was romance-tinged.

It’s hard to imagine even my teenage-self romanticising Barry’s, Days Without End, which was 2016 Costa Book of the Year. Set in mid-19th century America it follows two strays, Thomas McNulty and John Cole. They meet in early teens and two years later sign up to fight in the Indian Wars, then volunteer to fight in the Civil War – for the Unionists – and then try to make a life together in the South.

As you might expect there is a lot of fighting (a bit too much for my taste) but this is certainly no run-of-the-mill war novel.  For starters, not long after meeting Thomas and John get jobs in a saloon in a mining town, dressing up as women and dancing with the miners. Later, leaving the army after the Indian wars, they ‘adopt’ an eight year old Sioux orphan, Winona, who they treat as a daughter. They go on to earn a living in the theatre playing husband (John), wife (Thomas) and child (Winona). Thomas finds he feels more comfortable in a dress.  Oh, and you might have guessed by now that Thomas and John love each other.

But what really marks this book out is the narrator’s – Thomas’s – voice, which is lilting, musical and at the same time utterly believable. Pick any page: “That night as we lie chest to chest in the old doss and Winona purring in sleep in the next room we feel the lure of the unknown future distil into our bones”; or “Killing hurts the heart and soils the soul”; or “All my limbs is broke as a man, and fixed good as a woman. I lie down with the soul of a woman and wake with the same”; or “Life wants you to go down and suffer as far as I can see.  You gotta dance all around that.”

This is an American story that needed telling.  And it took an Irishman to tell it.

One thought on “Days Without End by Sebastian Barry”