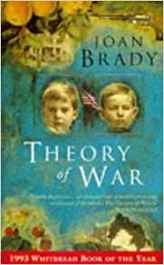 My paternal grandfather, William Smith, was killed in action in World War I.  Not long afterwards his wife died of ‘grief’ (malnutrition and exhaustion, in my mother’s view) and their five children were put into homes run by Dr Barnardo. In those days orphanages were single sex so the two sisters were instantly separated from their three brothers.  The youngest of the brothers, my father, didn’t understand what was happening and tried to find his way back home. He was caught, beaten, and told that the reason his mother had died was because he was a naughty boy. When he tried to run away a second time he was sent to an orphanage in Scotland, hundreds of miles from his native Liverpool.

When he grew up he served in the army, was tracked down by two of his siblings (he never found out what happened to the other three), got married, had kids; on the face of it lived a regular life. But weekends and holidays were spent wasted on whisky, and he carried the cruelty of Dr Barnardo homes around throughout his life.

And so to Joan Brady’s Theory of War, which won Whitbread Book of the Year in 1993…

Kansas, September 1865.  The Civil War is over, black slaves are free, and soldiers are out of work and unable to feed their children. “A farmer could pick (a boy) up cheap…as long as the boy isn’t black.”  And so Jonathan Carrick, aged four, is sold by Private Daniel Carrick to farmer Alvah Stoke for 15 dollars, “bound out until the boy is age 21 years.”

To Alvah, Jonathan “wasn’t much different from the mare and the pigs.”  When Jonathon tries to run away, he is tethered; when he misbehaves, he is beaten.   “You get you an animal, you got to break him.”  Yet it is not Alvah but his youngest son George, only two years older than Jonathan, who builds Jonathan into a “fortress of hatred” with a lifelong desire for revenge.

The story is interspersed with the theories of Karl von Clausewitz “the great philosopher of war”, which complements the revenge narrative and at the same time raises it to the level of moral and political truth. The novel’s five-part structure – Reconnaissance, Revolution, Detente, Rearmament, and War – fulfils much the same function.

The narrator is Malory Carrick, Jonathan’s wheelchair-bound granddaughter. From Jonathan’s coded diaries and conversations with her Uncle Atlas, she sets out to find “the truth” and discovers “whole landscapes of nightmare that lived in Jonathan and that threatened me through him.”

Malory’s disability – she’s crippled by a spinal tumour – acts as a metaphor for the emotionally crippled Jonathan.  “You might say it’s a bond between me and my grandfather. He didn’t die of slavery – not directly – any more than I’m going to die of this tumour – not directly.  It’s the secret strangulation of the nerves that count.”

Because the “truth” is that Jonathan’s family are trapped by his story, damaged in some way through him, and “suicide runs in the family”. Jonathan makes several attempts; his eldest son, Raynor – Malory’s father – botches it, destroying his kidneys, and dying of a stroke; Atlas’s approach to it is “fifty years of whiskey”.

This tale is close to home for Joan Brady: the author’s note explains that her own grandfather, a white, American boy, was sold into slavery aged four, bought by a Midwestern tobacco farmer for $15; Theory of War “is an attempt to understand what my grandfather might have felt about what he’d gone through, and what we – his descendents – still have to cope with because of it.”  Brady’s father and three of his six siblings committed suicide.  (The “emotional skids” my own father passed down don’t carry such eternal permanence, thankfully.)

Theory of War is a slim novel, little more than 200 pages, but packs a powerful punch and is utterly engrossing from start to finish.  And although the subject matter is chilling, in some small sense it is also a celebration and a challenge to the fashion for “truth”.  “Life clings tight to its shape…Where’s your sense of wonder?”