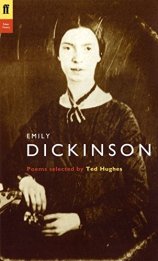 Hoylake Community Cinema is no more. After 10-ish years and several awards it closed its doors in September, purportedly to make way for a commercial cinema that will almost certainly fail.

HCC succeeded because it was like a film club with no membership subscription. It screened one film a month. The programme for the ‘season’, published at the start of each year, was a mixture of foreign, art-house, black and white ‘classics’ and mainstream movies. You could buy tickets from local shops. There were skype Q & As with directors. The James Bond actor, Daniel Craig, who was born in Hoylake, was a patron. A PUB (pop-up bar) sold real ale, wine, tea/coffee and home-made snacks: frittatas, spring rolls, chocolate brownies.  Before the film started there were community announcements, how to donate to the Christmas lights, that sort of thing, and afterwards there was a quiz. The people on the door knew your name. As the strap-line said, “it’s about much more than film…”.

Because of HCC, I’ve watched films I’d never heard of and would never otherwise have seen. Many became a jump off point for other endeavours. Without Goldfinger I never would have retrieved Hubby’s dog-eared copy of the novel from the bookshelf (reviewed in an earlier blog). Without Sugar Man, I never would have discovered the music of Rodriguez. And without A Quiet Passion , which I missed but is on my wish list at Cinema Paradiso (an online rental site named after an Italian film that was also screened at HCC) I would never have decided to read the poetry of Emily Dickinson.

I hadn’t realised just how prolific Dickinson had been until I looked for a book of her poems.  Her collected works makes for a hefty doorstop so I eventually opted for this slim-line collection with poems selected by the poet Ted Hughes, published by Faber & Faber. (Hughes’ two award winning books, Tales from Ovid and Birthday Letters, are also the subject of earlier blog reviews.)

Dickinson is famous for her work remaining largely unpublished in her lifetime According to Hughes’ introduction she saw only six of her poems in print, out of a total collection of 1,775! So I guess I was expecting something rather quaint and flowery.

I wasn’t expecting the succinctness of expression. This selection, only 50 pages long, contains 104 poems. So, obviously, the poems are short, as short as three lines in one case, lots of four-liners, and the longest only 21 lines

I wasn’t expecting her liberal, unorthodox use of dashes in place of ‘standard’ punctuation: in one poem, four lines long, I counted eight dashes.

And I certainly wasn’t expecting her obsession with death. Or make that Death with a capital D, because for Dickinson this doesn’t seem to be a something-that-will-happen so much as a vivid, physical presence. “I felt a Funeral, in my Brain,” “It was not Death, for I stood up,” “Because I could not stop for Death -/He kindly stopped for me -” “My Life had stood – a Loaded Gun -”.

I can’t shake the feeling that, whatever the reason (gender, era, unrequited love) hers was a “life…tied too tight”.